First World War: How the ‘War to End All Wars’ Fueled the Jewish Genocide to Come 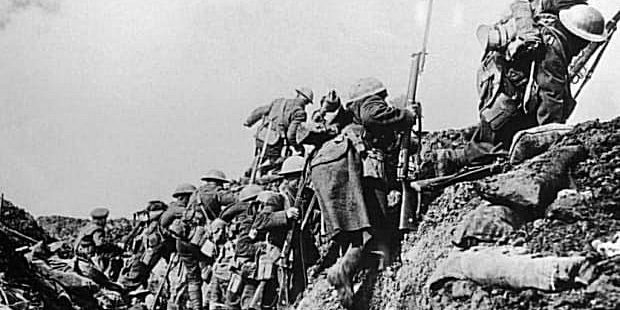 World War I (July 28, 1914 — Nov. 11, 1918) was the most horrific, most deadly conflagration to that point in human history. The “War to End All Wars,” as it was dubbed, took the lives of an estimated 9 million combatants and 13 million civilians. The genocidal antisemitism of the Second World War, an even more horrific and deadly conflict, did not spring out of the blue. It was fueled, in part, by the events and outcome of its predecessor — not to mention two-millennia of Jew-hatred.

Quote:
“Among the new stereotypes regarding the ‘behavior’ of Jews that appeared in the wake of World War I, and that were deliberately propagated alongside older prejudices, were the following myths:

• Jews had started the war to bring Europe financially and politically into ruin and make Europe susceptible to Jewish ‘control.’
• Jews exploited the misery of the war to enrich themselves and prolonged it to lead the Bolshevik Revolution in furthering the aim of world revolution.
• With their inherited cowardice and instinctive disloyalty predisposing them against defending the nation, Jews were responsible for the pernicious malaise behind the front and stabbed the fighting troops in the back (causing the military defeat and democratic/socialist revolution).
• Foreign Jews dominated the peace negotiations and succeeded in dividing Germans and Hungarians by artificial national borders, while their co-conspirators, the domestic Jews, misled the nation into ‘surrender’ and permanent ‘enslavement.’
• The Jews controlled the complex finances of the reparations system for their own profit.
• Having established constitutional democracy, Jews used it to weaken the political will of the nation.”

Learn more about the World War I on Wikipedia. >>

Read “Antisemtism” from the International Encyclopedia of the First World War >>

Raising Awareness in the Classroom: How to Teach Students About the Nazi Holocaust
March 22, 2022

Spelling Controversy | Anti-Semitism vs. Antisemitism: What’s in a Hyphen?
January 11, 2022

Bigotry Against Mizrahi Jews: Even Their Fellow Jews Have Been Guilty of Discrimination
June 1, 2021

The Rhineland Massacres: First Killing of Jews by Christian Crusaders — But Not the Last
May 29, 2021