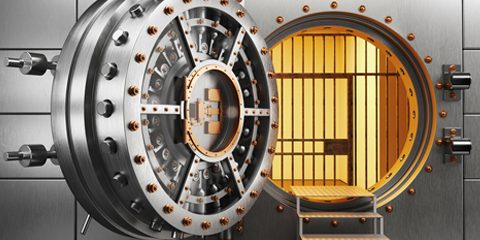 Below are antisemitism-related news items from this month and previous months. Click on the double arrows to go to the source articles.

“Two victories today in the fight against antisemitism” >>

“‘Hitler was right on one thing,’ US congresswoman says at pro-Trump rally” >>

Menorah at Dartmouth shot with pellets, in latest Hanukkah attack >>

Islamic aid director resigns after getting called out for antisemitism >>

Book calling Holocaust a hoax to go on sale in Iceland >>

Principal who was fired, rehired, after Holocaust denial fired again >>

Jewish cemetery in Michigan vandalized with ‘TRUMP’ and ‘MAGA’ graffiti >>

Alaskan senator accused of antisemitism after ad against Jewish rival >>

Swastikas are not antisemitic, according to Paris criminal court >>

Fatah posts song calling for Jerusalem to ‘be freed of Jews’ >>

Arizona Education Board Votes To Require Students Learn About The Holocaust, Other Genocides >>

Spanish politician vilifies ‘the Jews’ for how Israel treats Palestinians >>

Swastikas painted over tributes to synagogue attack victims in Halle >>

QAnon is an old form of antisemitism in a new package, experts say >>

A California state senator is facing antisemitic and homophobic attacks >>

Board of Islamic Relief Worldwide resigns over antisemitism allegations >>

‘Heil Hitler’ and ‘Juden’ tagged on a Jewish-owned house in Lyon, France >>

Polish-language newspaper in Toronto blames Jews for the pandemic >>

Global chaos is breeding antisemitism. Global leaders must end it >>

Those responsible for modern antisemitism must also be held accountable >>

Antisemitism is on the rise, but why now? >>

Star of David taken down by Twitter, citing ‘hateful imagery’ >>

Jewish actor Josh Malina asks why no one ‘cancels’ antisemites >>

Argentinian Professor Offers Reward to ‘Whoever Finds a Poor Jew’ >>

Oklahoma woman shot in the back while trying to steal man’s Nazi flag, authorities say >>

Brazilian pastor and congregants pray for another Holocaust >>

Synagogues in Los Angeles and Richmond vandalized during protests >>

Synagogues in Los Angeles and Richmond vandalized during protests >>

Germany condemns Iran’s ‘spread of antisemitism’ in a policy reversal >>

‘NYU admin know about antisemitism on campus, don’t do enough’ >>

Young people are staggeringly ignorant about the Holocaust. It’s dangerous. >>

Florida student: The other kids drew swastikas on my arms >>

Bella Hadid: Did She Really Take a Stand Against Antisemitism?
October 23, 2022

Antisemitism Vs. Legitimate Criticism of Israel: What’s the Difference?
August 7, 2022