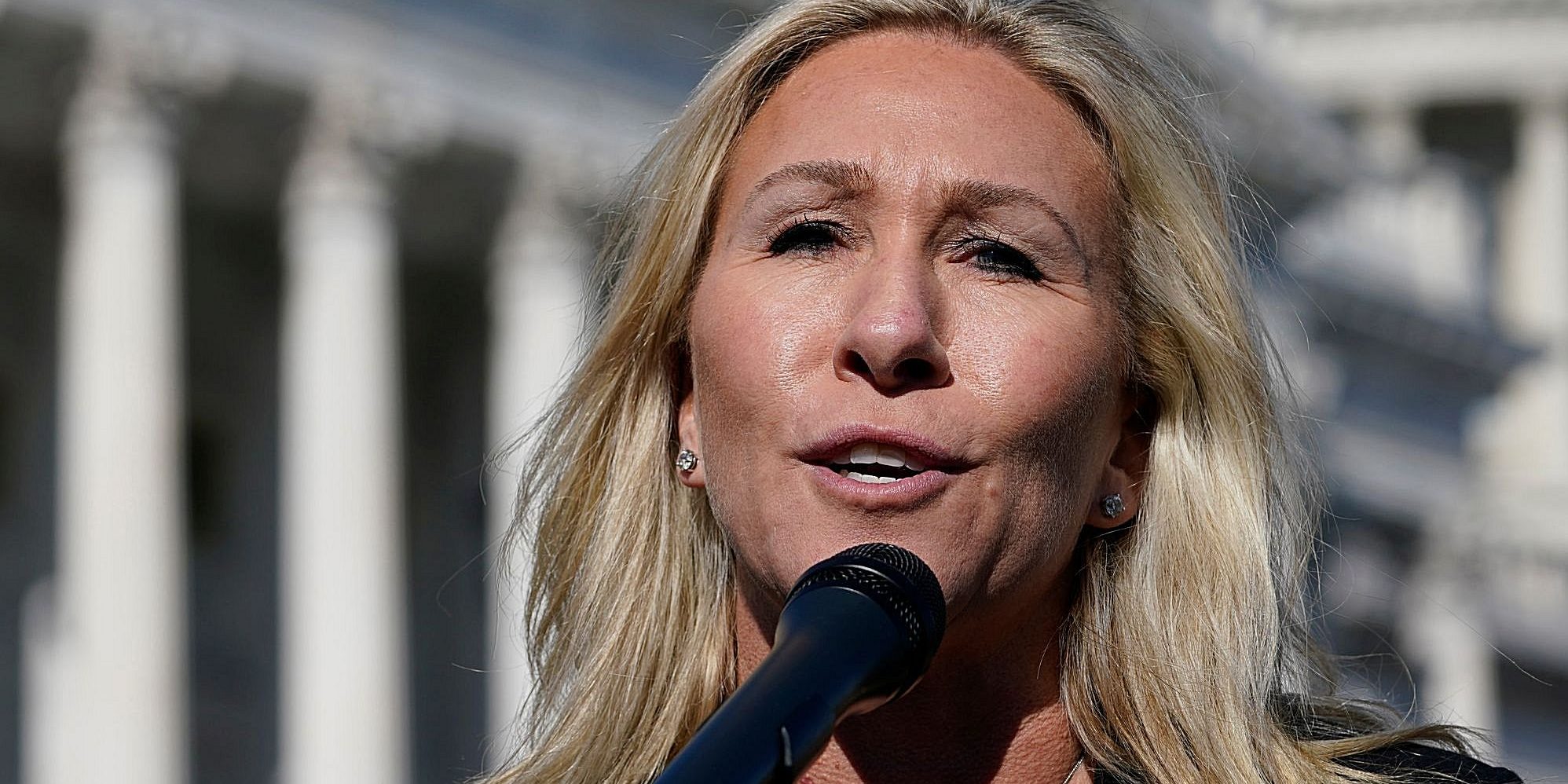 Recently, Rep. Marjorie Taylor Greene (R-Georgia) — you remember her, the Jews-are-using-space-lasers-to-start-wildfires-in-California congresswoman — was widely reported as intending to form an “America First” caucus in the House of Representatives.

From CNN.com: “Punchbowl News obtained a flier promoting the new caucus, which calls for a ‘common respect for uniquely Anglo-Saxon political traditions’ and pushes a series of conspiracy theories about election integrity.”

It continues: “The flier also outlined a nativist argument warning that ‘mass immigration’ poses a threat to ‘the long-term existential future of America as a unique country with a unique culture and a unique identity.’ ”

It is incorrect to say that Taylor Greene and those of her ilk “dog-whistle” racist and antisemitic drivel, they actually use a tuba.

Make no mistake, not only would an America First caucus demonize and exclude Americans who are Black, Brown, Asian, and Native American — which would be reprehensible in and of itself — they would do the same to American Jews. White supremacists say Jews are not White (and, yes, there are some Jews who aren’t White), so they definitely would not include members of the Tribe in an Anglo-Saxon caucus. Not that we would want to be included.

After Taylor Greene received considerable pushback, even from a few of her fellow Republicans in Congress, she backtracked and denied she ever seriously planned to form such a caucus.

Of course, establishing an American First caucus barely scratches the surface of the despicable things Taylor Greene has done and said. As has been pointed out by political pundits, she is not in Congress to do any real work; she’s there to become famous and raise huge amounts of money. Unfortunately, she has been successful at both.

The Taylor Greene saga makes the book featured on this edition of AntisemitismExposed.org, The Gate Keepers, all the more relevant today. The book chronicles a very dark period in American history when the pseudoscience eugenics was used to exclude Jews, Italians, and other “undesirables” from immigrating to the U.S.

Taylor Greene has been stripped of her committee assignments, but is that enough? If the citizens of Georgia, or any state, elected an outright Nazi or Ku Klux Klan member to Congress, would he or she be allowed to remain in office? If the answer is yes, our democracy truly is in trouble, which should be of concern to every decent American.